The Iowa Raitts from Maine

When I came across the unusual name of Byrl Raitt in Iowa, I thought I’d try and find out more about this family. As I progressed backwards through his ancestors with a view to creating an Iowa Raitt page, I realized that the family stemmed from the Maine Raitts! Then a very recent request from someone for details about her family (father Ellwood Allen Raitt) prompted further research and it appears they too are from the same stock as the Maine Raitts - though some have since moved on to Minnesota (see under this state on the American Raitts page)! So instead of starting with Byrl and going backwards, I shall start from the other end - with a little background from the Maine Raitts - and come forward!

Most of these children and their spouses and descendants are largely accounted for on the Maine Raitts page. Though in an effort to be self-contained it is worth noting the facts about Alexander’s son William since it was his son, George, who moved to and died in Iowa and his descendants flourished there rather than in Maine. Hence, the decision to create a new page for these particular Iowa Raitts. It should be noted that in the details below, whilst I mention the names of daughters, I have only followed the male Raitt line here. (There were other Raitts in Iowa at the time and the major ones will be found under the Iowa Raitts from New York page.)

Sometime between April 1857 and November 1859, George Snr and sons Oliver (and new wife Martha) and George Jnr (possibly with a wife, Maria - see below) moved from Maine to Iowa. It is not yet discovered whether Elizabeth went with them. It is possible she had married and remained in Maine - but I have yet found no records of her marriage anywhere or her death.

On 1 July 1863, age 37, residence McGregor, Oliver Rait (sic), born Maine, was registered for military duty. His occupation was given as stave (stone?) cutter. Unlike his brother’s record on the same day, it does not state that he was married.

In the 1880 census for Mendon, Clayton, Iowa there is Martha A. Prapert, 38, farmer, suffering from dropsy, born Maine as were both parents; children Charles Raitt, 19, farmer; William Raitt, 15; Ray Prapert, 3; and  Martha Prapert, 5m. All children born Iowa, both parents born Maine. Martha is (re)married and seems to be head of the household.

George was the youngest son of namesake father George and wife Eliza Daffern. He was born in Eliot, York, Maine in 1834 and died in Crystal, Hennepin, Minnesota in March 1870. Along with his father and brother, sister-in-law, and possibly his own wife, he moved from Maine to Iowa sometime between April 1857 and November 1859.

In the 1850 census for Elliott, York, Maine we have George Raitt, 16, farmer, living with his father George Raitt, 58, farmer; and sister Elizabeth, 26 - all born Maine.

On 1 July 1863, George was registered (as George W. Raith) for military duty. He was aged 29, born Maine, and residing in Allamakee County, Iowa. His occupation appears to be lumberman and it states he is married.

George moved to Minnesota between 1863 and 1870 for he appears in the 1870 census for Crystal Lake, Hennepin under Schedule 2: Persons who died during the year ending 30 June 1870. His age was given as 36, he was married and he was born in Maine. He died of consumption. His occupation appears to be stone manufacturer. His home seemed to be Excelsior, Hennepin. He presumably married between 1860 and 1863, while still in Iowa. However, a search for any female called Raitt in Excelsior, Hennepin revealed Maria Raitt, aged 28, born Maine. Unfortunately the census page is totally unreadable, so no further information can be gleaned. She does not appear to be in the 1880 census there, so probably she remarried. However, if she was born in Maine (about 1852) then it is more than likely that she met and possibly married George there - i.e before they moved to Iowa. And that she then accompanied George, his brother Oliver (plus wife) and their father George Snr, when they relocated from Maine to Iowa. However, she does not seem to be in the 1860 census with him and George appears not to be married in 1860. 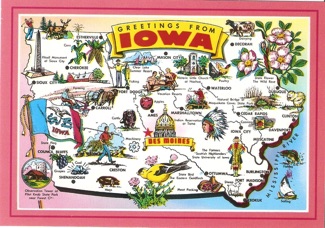 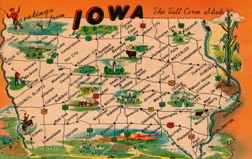 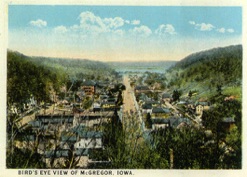