This timeline gives the dates for various Raitts in history (in licorice black) together with world events, inventions and great names (in midnight blue) at the time they were living. Also included are Raitts and other family members who are more directly related to me (in strawberry). See also all the Raitts in history (up to 1700).

938 - Earliest mention of (the now county of) Angus

954 - Earliest mention of The Mearns (Kincardineshire)

1012 - Murder of Alphege, Archbishop of Canterbury, by Vikings

1040 - Macbeth crowned King of the Scots

1086 - William I initiates survey of England known as Domesday Book

1241 The Mongols invade Hungary and Poland

1290 - Margaret, Maid of Norway and Queen of Scots dies in Orkney aged seven

1396 - Barony of Rait (village) granted to David Bruce – descendant of Robert the Bruce; Battle of the Clans at Perth

1469 - Orkney and Shetland ceded to Scotland from Denmark

1558 - Elizabeth I becomes Queen of England

1585 - James Rait was the minister in Nairn and surrounds

1592 - David Rait, principle of the College of Aberdeen and of the house of Hallgreen, marries Elizabeth Allardice (daughter of Laird); University of Fraserburgh chartered

1603 - James VI of Scotland inherits English crown and becomes James I of England; Union of Scottish and English crowns

1610 - Galileo discovers moons of Jupiter and observes rings of Saturn; US population is 250

1616 - Act establishes schools in every parish in Scotland; death of

1620 - Pilgrim Fathers arrive from Leiden in Holland to establish settlement at Plymouth, Massachusetts

1651 - Rait village attacked by Oliver Cromwell; A. Rait of Rayne, Aberdeenshire, left for Prussia as a merchant

1666 - Great Fire of London; Defeat of Covenanters at Rullion Green

1670 - Formation of Hudson Bay Company; Genealogy of the Raits of Halgrene compiled

1680 - Francis Rait is standard-bearer of the Scots Regiment in The Netherlands;  Patrick Sangster born Gamrie, Banffshire

1683 - Family history manuscript published about the Raitt family in Bavaria

1689 - Uprising of Bonnie Dundee for the Stewart cause; William of Orange (Holland) offered English crown; Peter the Great becomes Czar of Russia

1696 - Education Act ordered locally-funded schools, Church-supervised schools to be established in every parish in Scotland

1701 - J. Rait is Scottish member of the Guild of Merchants at Königsberg (Kneiphof)

1703 - Alexander Raitt becomes secretary to the Earl of Mar

1707 - Union of parliaments between Scotland and England; Population of Scotland reaches 1 million

1727 - John Raitt born Arbroath; Board of Trustees for Manufacturers set up to  encourage Scottish industry

1802 - Start of weaving of Paisley shawls

1813 – Catherine Wilkie born Forfar, Angus; The Adelphi of Aberdeen, commanded by David Raitt, is captured by Americans off the coast of Brazil; British soldiers burn the White House and public buildings in Washington

1816 - John Lindsay born Tannadice, Angus; Elgin Marbles purchased from Greece and placed on display in British Museum; the “year with no summer” following eruption of Tambora volcano in Indonesia in 1815 resulted in crop failure and famine

1822 - Greece declares independence from Turkey; Champollion translates Rosetta Stone based on earlier work by Thomas Young; US population is 10 million

1824 - National Institution for the Preservation of Life from Shipwreck founded

1838 - Railway comes to Arbroath with link to Dundee

1842 - David Raitt arrived from Scotland and settled in Lachute, Quebec, Canada farming 100 acres before moving to Main Street as a tailor, then jeweller and finally taking office as bailiff.

1845 - Potato famine starts in Ireland and Scotland; US population is 20 million

volcano erupts in Indonesia – up to 120.00 killed - weather affected for

1891 - Ethel B. Horner born IL; population of Scotland is 4 million

1988 - Pan Am Flight 103 blown up over Lockerbie, Scotland; construction of the Channel Tunnel begins

1999 - Euro is introduced; a Scottish Parliament sits for first time in 272 years; world population is 6 billion

2003 - Invasion of Iraq led by US forces; Human Genome Project is 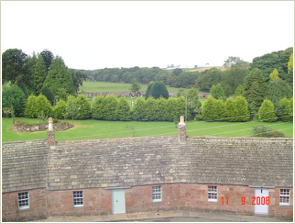 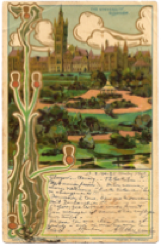 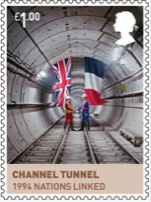 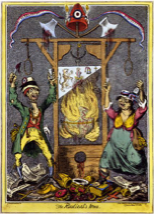 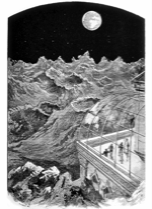 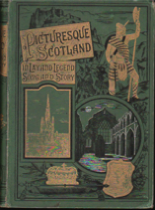