There are many books and websites which discuss the prehistory of Scotland, but for the purposes of putting the Raitt DNA in context, I thought it might be useful to provide here a very brief synopsis of the distant past.

During the last Ice Age, Scotland, like many other areas, was covered with glaciers and was uninhabitable. The ice cleared up further south much earlier than in the north – for instance the rock art in Lascaux caves in southern France are estimated to have been painted over 17.000 years ago.  However, around 10.000 or so years ago, as the climate in Scotland became warmer and the ice retreated northwards, this uninhabited uninviting land was first invaded by grasses, sedges and dwarf willow that thrive in cold open conditions. Later, juniper, birch and hazel helped prepare the soil for newer arrivals such as oak and elm. Gradually vegetation and plants, creeping up from southern Europe via England or coming as seeds carried on the wind, covered large areas of the land. The ready availability of such food sources was the main factor for animals to migrate. The animals there at around 7000 BC included reindeer, red deer, wolves, brown bears, wild boars, beavers, and great auks. Later, over a period of thousands of years, man would gradually follow the animals north in search of meat and skins for his family. And during this same period, temperatures and sea levels caused by melting glaciers were rising, eventually resulting in Ireland becoming cut off from Britain, and Britain from the rest of Europe.

The first people to arrive in Scotland after the last Ice Age thus moved into a landscape rich in plants and animals (which, forced out by the onset of the Ice Age, had re-established themselves as the climate improved and got warmer). These natural resources provided a vast variety of food and raw materials which were widely exploited. Our early ancestors  hunted wild animals or caught fish for much of their food, and also gathered fruit, nuts, plants, roots and shells to vary their diet.

Radio-carbon dating of burnt hazel nut shells in a midden on the Western isle of Colonsay indicate that people were processing hazel nuts – and possibly trading them with other nearby communities – as long as 9000 years ago. Other discoveries have been made in the larger area of stone artifacts. For instance, on the island of Rùm there is evidence of some of the earliest human settlement in the whole of Scotland. Thousands of years ago humans traveled there to gather bloodstone to make tools. Radiocarbon dating of the myriad of hazelnuts and stone flakes reveal human activity as far back as 6600 BC. The earliest known prehistoric tools surviving in Scotland were thought to date from around 3000 BC; however, the worked flint and quartz found near Braemar are said to prove that early Scottish settlers travelled through the Cairngorms some 7000 years ago. At this time people were learning how to fashion simple tools for cutting, scraping and throwing based on local materials. In Orkney, a settlement unearthed by a storm at Skara Brae in 1850 shows it was inhabited between 3200 and 2200 BC – some 5000 years ago. However, archaeologists recently identified the oldest evidence for humans in Scotland, a fairly sophisticated 14,000-year-old toolkit that may have been used to hunt and prepare big game from the region. The flint artifacts, found at Elsrickle, South Lanarkshire, constitute the most northern evidence for the earliest people in Britain and push back the earliest occupation of Scotland by some 3000 years.

These early nomadic small bands of hunter-gatherers in Scotland had a stone age (Paleolithic period) society but gradually they learned, with the introduction of agriculture which spread from the Middle East over 7000 years ago and arrived in Scotland around 3500 BC, how to plant and grow crops and food, deforesting and draining land where necessary, and how to domesticate and manage animals such as cattle, sheep and goats. It was agriculture which probably helped shape larger communities and allowed people to stay put in one place with the creation of settlements..

Not too much is known about these first inhabitants, but from their primitive tools, weapons, pottery and ornaments that have been found and from the evidence of the remains of their dwellings, forts and graves, it is possible for archaeologists and historians to reconstruct something of their lives and history. And given that many of the early artifacts have been discovered on the west coast of Scotland, then it is likely that the first people there after the retreat of the ice may have crossed from Ireland – which also fits in with the scenario that people gradually travelled up along the coast from (what is now) the Spanish/French border area.

I intend to add later cultures (for instance Mesolithic, Celts, Scots, Picts etc) to this brief overview , but for helpful additional information see:

Though not specifically about Scotland, in BritainsDNA March 2015 newsletter there is the following item....

A paper published in the journal, Nature, by Wolfgang Haak of the Austrian Centre for Ancient DNA, David Reich of the Broad Institute in Boston and others promises to revolutionise current thinking about the peopling of Europe after the end of the last ice age. Using ancient DNA taken from 69 individuals who lived between 8,000 and 3,000 years ago. Haak and his colleagues now believe that there were two major migrations of farmers into Europe. The first took place between c8,000 years ago and c7,000 years ago, and the new people came from the Near East.

The new research shows that this migration was followed by a period when the native hunter-gatherer populations were resurgent. Then, there followed a second, massive migration about 4,000 years ago. This came from a different direction, from the steppes that stretch between the northern shores of the Black Sea to the Caspian. Known as the Yamna or the Pit Grave culture, these people were pastoralists who grazed and tended their herds and flocks on the wide grasslands. Characteristic of this culture were the kurgans, grave mounds that were often large and could be seen on the vast horizon of the steppe. Many of the Yamna herders moved westwards around 4,000 years ago and Wolfgang Haak and his fellow authors have produced evidence from ancient DNA to show that the steppe migrants replaced about 75% of the ancestry of central Europeans.

What makes this discovery even more important is its impact on thinking about the theories around language shift. Some believe that the progenitor of almost all European languages, what is known as Proto-Indo-European came from the east, but now it seems that at least some early Indo European languages arrived in the mouths of the Yamna. New farming and herding techniques needed new terms to describe them and perhaps they were first used on the steppe grassland, what is now Eastern Ukraine and Southern Russia. 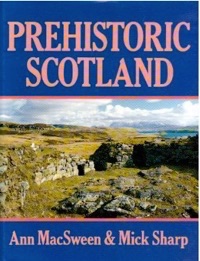 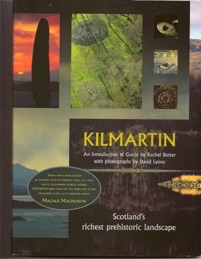