Raitts down on the farm

It’s not something I’ve thought about too much before, but some recent research on a couple of farming families in Iowa and Kansas threw up the non-population schedules for agriculture which were part of at least the 1870 and 1880 censuses. As all my American cousins know, their ancestors were farmers in Illinois and later Nebraska. They had come to America in the late mid-1800s or so without any kind of farming background - the eldest John Raitt was an iron moulder, while his younger brother James Dorward Raitt was a master mariner (like their youngest brother - my great grandfather David Dorward Raitt - and their father John Raitt and other relatives.) So it was instructive for me to see if I could find them in the non-population schedules to see what kinds of farms they had, whether they owned or rented them, what they farmed and so on. They didn’t seem to pay for hired hands - but they had children! So here is a little more about our early American Raitt families. A word of caution - it was very difficult to read the census numbers, so in some instances there might be a few incorrect figures when I couldn’t decipher whether it as an 8 or a 0 or a 9, or if it was a 2, 3 or 5! I don’t think it matters too much - you can still get an overall impression of the land they farmed (after clearing and improving it!).

To recap the background - John Raitt and family arrived in America on 11 May 1863 after leaving Scotland. John was aged 26, occupation moulder, wife Cecilia was 26, Elizabeth was 4, Cecilia was aged 2 and John was an infant. John. The family lived in Peoria, Illinois for a number of years where John became a farmer. In the 1870 census, John (Dorward) Raitt (found as Reitt) was a farmer in Pike, Livingston, Illinois with a personal estate value of $340. In the same census, the non-population schedules for agriculture for Pike, Livingston, Illinois, show that John Raitt had 80 acres of improved land. The cash value of the farm was $3000 with $100 worth of implements and machinery. He had two horses, one milk cow, and two swine - the value of the livestock being $241. He produced 36 bushels of spring wheat; 200 bushels of Indian corn and 200 bushels of oats. The estimated value of all the farm produce was $285.

In the 1880 non-population schedule (agriculture) for Eppards Point, Livingston, Illinois, we see that John Raitt rented his farm for a share of the products and had 135 acres of improved land (tilled, including fallow and grass, in rotation), no acres of woodland or forest, and 93 acres of unimproved land. The value of the farm including land, fences and buildings was $4000; the value of the machinery and implements was $190; and the value of livestock was $360. He had no costs with respect to repairing fences or purchasing fertilizers. He had no costs for wages for hired labour on the farm. The estimated value of all farm production was $825. There were 27 acres of unmown grassland and thus no hay was produced. John also three horses. Regarding meat cattle and their products, John had two milk ewes and two others; one calf dropped; and one was sold living; 150 lbs of butter were made on the farm. There were 10 swine on hand and 80 barn yard poultry, and 169 eggs were produced in the previous year. In so far as cereals were concerned, John had 95 acres of Indian corn with a crop of 2100 bushels; 20 acres of oats yielding 500 bushels; 20 acres of rye yielding 400 bushels; and 4 acres of sorghum producing 53 gallons of molasses. John also grew 8 acres of Irish potatoes, yielding a crop of 20 bushels.

Probably at his brother John's urging (not to mention that of his wife) James Dorward Raitt together with his wife Elizabeth and their year-old son John and Bridget Motley, mother of Elizabeth, left Arbroath and arrived in New York on 21 July 1871 - going on to Chenoa, McLean  County, Illinois. They left there in March 1872 and went to Deer Creek, Tazewell County, IL where James became a farmer. They moved to North Bend, Nebraska in February 1883 and then in 1885 they moved to the farm he bought in Chester Precinct, Saunders Country, NE.

Not in America in 1870, John’s brother, James Dorward Raitt, was also a farmer in Illinois in 1880. In the non-population schedule (agriculture) for Washington, Tazewell, Illinois he is found as James Rutt! His farm was also rented for a share of the products. He had 80 acres of improved land and 8 acres of improved permanent meadow/pasture - no woodlands. The value of the farm including land, fences and buildings was $2000; the value of the machinery and implements was $20; and the value of livestock was $150. Also like John, he had no costs with respect to repairing fences or purchasing fertilizers. He also had no costs for wages for hired labour on the farm. The estimated value of all farm production was $680. He had 7 acres of mown grassland and 5 acres of not mown, producing 8 bushels of hay. He also had 3 horses. Regarding meat cattle and their products, James had three milk ewes and three others; and three calves dropped; 200 lbs of butter were made on the farm. There were 27 swine on hand and 35 barn yard poultry, and 322 eggs were produced in the previous year. In so far as cereals were concerned, James had 44 acres of Indian corn yielding a crop of 2000 bushels; and 18 acres of oats yielding 600 bushels; he also had 7 acres of Irish potatoes, yielding a crop of 30 bushels. There was an apple orchard of 2 acres with 60 trees bearing fruit, yielding a total of 40 bushels and with a product total value of $18. 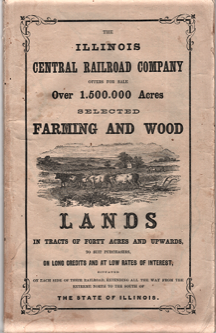 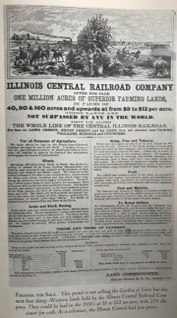 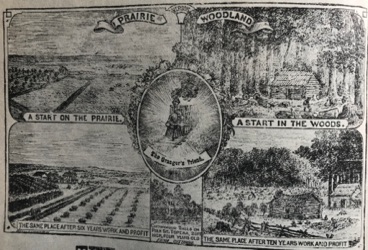 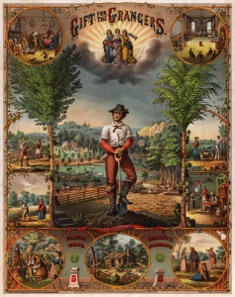