Margaret Phillips Raitt was born was born on 8 January 1834 in Arbroath and died there on 3 November 1911. She was single all her life. She was the eldest child of of John Raitt and Elizabeth Dorward. She was probably named after her maternal grandmother Margaret Philips.

In the Valuation Roll for the Burgh of Arbroath for the year 1885-1886, living in a two-roomed house at 22 Hannah Street is tenant Margaret Raitt, residenter, paying a yearly rent or value as estimated by the Assessor of £5. The property is owned by Wm. & Alexr. Thomson per Mrs Thomson.

In the 1891 census for 22 Hannah St, Arbroath, back living with her younger sister Elizabeth and her husband William Robertson Doig and their children, is Margaret Rait, 56, mangle woman. Margaret moved in with her sister after their mother died.

In the Valuation Roll for the Burgh of Arbroath for the year 1895-1896, still living in her two-roomed house at 22 Hannah Street is tenant Margaret Raitt, residenter, paying the same yearly rent of £5. At the same address and occupying two rooms and an attic is William Doig, mill foreman, paying £6. The property is owned by Wm. & Alexr. Thomson per Alexr. Thomson of Craigmakenan, Perthshire. William would have had his family with him and was likely also there in 1885 (this has not been verified because Margaret is the last name on the page and the following page was not viewed since further payment was required.)

In the 1901 census for 22 Hannah St Margaret Raitt, 67, former mangler, is still living with her sister Elizabeth Doig and her family. 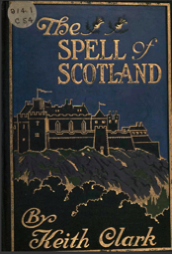