There was a piece on the news recently about blue eyes. It appears that a Stone Age man living in a cave in North West Spain some 7,000 years ago turns out to be the earliest known person with blue eyes according to the DNA analysis of his skeleton. Relatively rare (only in 8% of the world’s population), previous research had shown that blue eyes seem to have stemmed from a single individual in the north Black Sea region some 6-10 thousand years ago as a result of a genetic mutation which interferes with the body’s ability to produce melanin in the iris. Since less melanin is produced the eye colour manifests as blue. Blue eyes are different from the more normal (and dominant) brown and darker eyes because they do not have pigment, but rather have structural colouration and thus pick up their hue (like the blue sky) from the colour and light reflections of things around them (green, grey and hazel eyes act similarly). Green eyes have moderate or low amounts of melanin and are often associated with red hair - only 2% of the world has green eyes - prevalent in women and those with Icelandic, Celtic and German ancestors. Found commonly in Northern Europe and Scandinavia (as high as 95% of the population in some countries), blue eyes are becoming increasingly rare in North America due to immigration patterns, genetics and intermarriage - there are simply fewer parents of English, Irish, Scottish or other North European descent there to pass on the colour. Since blue eyes are a recessive trait and the gene must be inherited from both parents (apparently green eyes involve a related, but different gene that is recessive to blue, but dominant to brown). Besides having eye colour diversity, Europeans, unlike most other humans, also have wide hair colour diversity (black, brown, flaxen, golden, red) with the gene (MC1R) diversity reaching a maximum in an area centred on the Eastern Baltic and covering North and East Europe.

It seems that some of the world’s oldest civilizations had people with blue eyes as their mummies attest in Egypt, Sumeria, even Peru. It has been debated how the blue-eyed gene (OCA2) travelled - scientists conclude that the original blue-eyed family gradually spread out from the Black Sea in all directions with their proto-Indo-European Aryan neighbours after the last Ice Age and maybe with the spread of agriculture. It is also possible that some of these people were captured as slaves and taken to Sumeria and Egypt - but how did the blue-eyed gene turn up in Peru several thousand years ago - long before the Spaniards arrived? Were ancient ancestors from Europe swept there by ocean currents and winds in their rudimentary ships? And in the “32 signs of a Great Man” which is the basis for early representations giving the physical characteristics and appearance of Gautama Buddha, number 29 states simply ‘deep blue eyes’. It appears to be a fact that people with blue eyes (who are actually probably pretty well all related because they share the exact same difference that causes their blue eyes!) have a higher alcohol and pain tolerance than people with brown eyes!

Blue eyes run in the Raitt family - at least my branch! I have blue eyes, as did my father and his father, William Raitt. The latter’s army papers describe him as 46 years of age, 5ft 7in, 128 lbs, with blue eyes and black hair. We don’t know about my great grandfather, master mariner David Dorward Raitt and his brothers John and master mariner James Dorward, but the assumption is that they had blue eyes because their father, master mariner John Raitt was described in his seaman record as being 5ft 9in tall, his complexion was dark, his hair was brown, he had blue eyes and no distinguishing marks. John’s older brother, master mariner Alexander Raitt, according to his seaman record had brown hair, blue eyes, was of ruddy complexion and was 5 ft 11 and one half inches tall. Alexander’s son, also Alexander and a master mariner, in his master seaman record was described as having brown hair, blue eyes, a fair complexion and was 5 ft tall (at not quite 16 years old). My four children have blue, blue-grey or green-grey eyes - the colour changing to bluer depending on mood and surroundings - one of my grandchildren has hazel eyes, another blue-grey) two have brown eyes for some reason!) and the baby grandson also has blue-grey. And to think we have a distant ancestor in common with not only Buddha and the Pharohs, but also Bonnie Raitt, Nicole Kidman, Alexandra 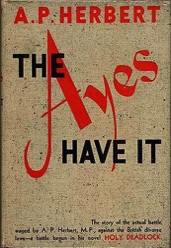