Frederick Alexander Raitt, was born on 23 January 1839 in Wollongong, New South Wales, Australia - the second child and son of Charles Robert Raitt (see Hampshire Raitts) and his wife Ann Hill. The family returned to England in shortly afterwards in March 1840 and are found in the 1841 census for Ordnance Terrace, Chatham, Medway, Kent, England: Charles Raitt, 30, Captain in the 80th (Army), on leave; wife Annie, 20; and children: Charles, 4; and Frederick, 2.

Frederick was a midshipman in the Royal Navy during the Crimean War and eventually settled in St Petersburg, Russia - the birthplace of his mother - where he lived the greater part of his life, although spending some summers back in Lymington, Hampshire, England. Whilst in St Petersburg he met and married Edith Mary Henley, who had been born there about 1851 and whose father, William McCallum was managing director of the Schlusselburg Calico Printing Works. The couple had four children all born in St Petersburg: Mary Edith (1870); George E. (1872); Frederick Henry (1875); and Lillian (1877).

The family is not yet found in the 1891 census (so may have been in Russia), but the death of a Frederick Alexander Raitt, aged 57, born 1840, was recorded in the second quarter of 1897 in Bridlington, Yorkshire. Daughter Mary Edith is found in the 1939 Register living at Flat 1 Marazion, Sidmouth, Devon as Mary E. Raitt, born 19 June 1869, retired teacher. Also there is Dora J. Wylie, born 26 November 1867, also a retired teacher. Mary Edith Raitt, of Robin Orchard, Woolbrook, Sidmouth, Devon, spinster, died 24 December 1959 leaving her effects of £263 6s 4d to Marjory Lilias Sprules, spinster.

Frederick and Edith’s eldest son George Edward Francis Raitt, born in St Petersburg, Russia in 1872, married Alice Mary Sykes in Clevedon, Long Ashton, Somerset, England on 8 January 1900 after banns were published on 17 April 1898. The records show that he was born in 1872 and aged 28, a correspondent resident in St Petersburg, Russia, while Alice was born in 1870 and aged 30, resident in Clevedon, St Andrew. George's father was named as Frederick Alexander Raitt, merchant, and hers as Robert Sykes, also a merchant. It's possible that they met in St Petersburg if her father travelled there on business as did Frederick. Since the couple do not seem to be in the 1901 census then it is possible that George returned to St Petersburg, accompanied by his wife. Nothing further is yet found for them.

Frederick and Edith’s son Frederick Henry Raitt married Louisa Mary McCallum about 1899 when he was 24 and their daughter Dorothy Florence was born in a flat on Vailievsky Ostrof, one of the islands that were part of St Petersburg, on 16 June 1900. In 1908 Frederick arrived in Apsheronsk to take up a position as Office Manager of the Maikop Oil Company on the shores of the Caspian Sea. His wife and daughter followed in July 1909 and lived in a house built for them. In 1912 Frederick was transferred to Ekatinerinodar (Krasnodar) and Louisa took Dorothy to Switzerland a short time later. She decided to return to Russia in 1915, where Frederick was now British Representative and General Manager for the Sissert Mining Company in the Urals, however, she was informed that this would be too dangerous and so they obtained visas to travel instead to England in October 1915. It was to be a short stay since they moved to join Frederick in Sissert sometime later in 1915.

Frederick and Louisa Raitt are recorded as travelling from Chinqangtao, Shanghai and Hong Kong to Southampton aboard the Highland Chieftain and arriving on 12 March 1946. Frederick Henry Raitt, 73, is a retired merchant, and Louisa Mary is aged 75. Their last country of residence was China and their intended country of residence was England; their proposed address in the UK was Sidmouth, Devon. They may have decided to go to Sidmouth because Frederick’s sister Mary Edith, lived (see above). Louisa Mary Raitt, widow, seems to have died in Switzerland 6 December 1962. Her residence was 4 Avenue des Tilleuls, Lausanne, Canton of Vaud. It is not known when and where Frederick Henry died.

Frederick Henry and Louisa's daughter Dorothy Raitt married John McLorn, born 2 April 1885 in Ballyworphy, Northern Ireland on 21 October 1926 in Harbin, China. The couple had three children born in Tientsin, China: Marjorie Eleanor (Raitt?) in 1931; Philip Raitt McLorn on 13 June 1933; and Sarah D. in 1935. They remained in China for many years and were interned during the war by the Japanese, finally being liberated in August 1945 by Americans. A British colonel who interviewed  them in the Weihsien internment camp (middle picture below) explained that they would now be subject to Chinese laws and recommended they return to Britain or another Commonwealth country. It seems that they elected to go to Canada, but whether that was by way of England is not yet known.

Dorothy and John departed New York for Southampton, England on 27 July 1955 aboard the Groote Beer, arriving on 4 August. They were Canadian citizens, John was retired, and they were planning to stay for three months. Their address in the United Kingdom was given as c/o Hongkong and Shanghai Banking Corporation. They are also recorded arriving in transit aboard Avianca Flight 10 in New York from Bogota on 1 April 1962 going on to St Thomas, Ontario. Dorothy is named as Florence Dorothy McLorn.

It is possible they made another trip to England, for in the The Gazette from Montreal issued on 18 May 1957 there was an announcement to the effect that Mr. and Mrs. John McLorn, of St. Thomas, Ontario announced the engagement of their daughter, Margery Eleanor, to Mr. Roger Anthony Bull, son of Mr. W. Frederick Bull, Deputy Minister of Trade and Commerce and Canadian Ambassador Designate to Japan, and Mrs. Bull, of Ottawa. The marriage was arranged to take place on Saturday. 22 June 1957, in London, England. At the time, the electoral roll for 1956, shows that Marjorie E. McLorn was living in Flat 3, Greencroft Gardens, Hampstead, Camden (London). She appears in the 1953 University of Toronto Yearbook, from St Thomas, Ontario, studying English Language and Literature, a member of several clubs, including the Russian Club IV, and her aim for the future was Library School in England. Roger Bull appears in the University of Toronto Yearbook for 1951 - so it is likely they knew each other there.

As Marjorie E. R. McLorn (picture below left) she is recorded as arriving in Liverpool, England on 28 September 1954 from Montreal aboard the Empress of Scotland. She was 22, a student, going to University College, Gower St, London WC1., with permanent residence in Canada, and she said she had been born in other parts of the British Empire (meaning most likely Canada, as opposed to China). Also on the ship was her future husband, Roger A. Bull, aged 23, Canadian, also a student and travelling to Balliol College, Oxford. After their marriage they returned to Canada and in the 1958 voters list are found living in Slater St, Ottawa West, Ontario. Roger’s occupation is given as CS (as are many others on the page - company secretary?). She gave birth to a third son, Nicholas Patrick Bull, on 5 March 1967 in Ottawa.

Voting lists show that Dorothy and John McLorn were residing in Elgin, Ontario in 1953 and 1958. John died in Sparta, Elgin County, Ontario in 1959 and Dorothy also died there in 1990. The story of Dorothy’s life and childhood has been told in a book by Patrick Gibson published in 2009 entitled An Intrepid Woman: the Odyssey of Dorothy McLorn. 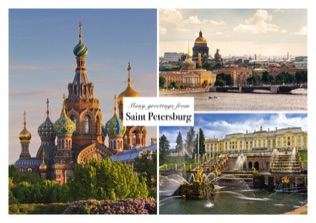