The Statistical Accounts of Scotland

The two Statistical Accounts of Scotland, covering the 1790s and the 1830s, are among the best contemporary reports of life during the agricultural and industrial revolutions in Europe. Based largely on information supplied by each parish church minister, the original (First) Statistical Account and the New (Second) Statistical Account provide a rich record of a wide variety of topics: wealth, class and poverty; climate, agriculture, fishing and wildlife; population, schools, and the moral health of the people.

There had been earlier surveys of various parts of Scotland, for instance the General View of Agriculture which covered 35 topics including soil and climate; land ownership and occupation; land use; types of grain cultivated; use of oxen and horses; ploughs and carts; draining of land; state of roads; obstacles to improvement etc. However, Sir John Sinclair of Ulbster had studied German state surveys and wished to use these “statistical” methods to measure not just the situation regarding agriculture, but also the quantum of happiness that existed in the nation and find ways of improving this. The results provide an understanding of Scotland on the eve of both the Industrial Revolution and the French Revolution.

In 1790, Sir John sent structured questionnaires to over 900 parish ministers, covering the whole country. The 160 questions covered four sections: geography and topography; population; agricultural and industrial production; and miscellaneous. Ten new questions were added in 1790 and 1791 and were included in an Appendix. Although there was an excellent response, it was nevertheless incomplete and so Sir John sent out Statistical Missionaries in 1796 to gather the missing information. The project was completed by June 1799, though much had been published before that date. In fact the survey was published in twenty-one volumes between 1791 and 1799 covering 938 parishes. Although the entries for parishes in Aberdeen, Forfar (Angus) and Banff were published in 1794 and for Kincardineshire in 1795, the individual parishes are scattered throughout all the various volumes.

Early attempts at producing an accurate statistical account of Scotland were related to schemes to support the widows and orphans of the clergy. In 1832 the Committee for the Society for the Sons and Daughters of the Clergy, with the blessing of the General Assembly of the Church of Scotland, took Sir John’s work further. It was to be more modern (including maps for each county) and was to draw upon the specialist knowledge of local doctors and schoolmasters, although much of the geographical and historical information provided was often just taken straight from the First (Old) account.

The New Statistical Account was published in three formats. The first edition, which took the form of 52 quarterly parts, was published between March 1834 and October 1845. A re-issue in 33 county volumes was published between 1841 and 1845. A second re-issue, in 1845, took the form of 15 collected county volumes. Volume 11, published in 1845, covers Forfarshire (Angus) and Kincardineshire, while volume 12 covers Aberdeenshire and Volume 13 includes Banffshire – though the information actually dates in most cases from 1833.

The Third Statistical Account was initiated after the Second World War and followed a similar parish format to the earlier accounts. The first volume, covering Ayrshire, was published in 1951, but it was not until 1992 that the last volume (Roxburghshire) was published. The delay was caused partly by changes in parish and county divisions necessitating a rewriting. Although the project was more secular than before, sections of the accounts continued to focus on religious life, and several of the parish accounts were still written by Church of Scotland ministers. It was, however, more rigorous and wide-ranging than either of its predecessors, covering industry, transport, culture and demographics. In so far as the volumes that relate to Raitt families, the following county (or city) volumes were published: Aberdeen (1953); Aberdeenshire (1960); Angus (1977); Banffshire (1961); Glasgow (1958); Kincardineshire (1988).

Edina gives free access to the Old and the New Accounts in their original form and has some introductory and other material. Both sets of Accounts have been digitized by Google in their Google Books collection and they can be downloaded free. The Accounts are also be found on the Internet Archive website where they can also be downloaded free of charge in various formats.

However, since the descriptions of the various parishes in the accounts given an excellent overview of the time and places in which our Raitt ancestors lived and worked in the 1790s and 1830s, then I thought it might be illuminating to “transcribe” the accounts for some of these places in Forfarshire (Angus) and Kincardineshire (and also Banffshire for my early relatives on my paternal grandmother’s side.)  I will probably add parishes in Aberdeenshire once I have included more information on Raitt families there.

Although some of the entries are rather lengthy (some ministers were much more loquacious than others) I have included both the Old and New Accounts for the same parish on the same pages for comparative purposes, even though there is some reuse of the original material in the later accounts. I have retained the original spellings (though I have changed the ubiquitous f in the First Account to s), punctuation and capitalizations and also the format though I have put footnotes closer to the text to which they refer in parentheses and I have spelled out some awkward fractions in full. For the First Accounts I have also used a more old-fashioned-looking typeface to give a flavour of the original as well as to differentiate them from the New. Although I have transcribed some of the tables, I have resorted to using the actual image from the Google Books version in some places where the table is overly complicated or lengthy. It should be noted that there are no illustrations in the Accounts

Many wages and prices in pounds (l.), shillings (s.) and pence (d.) are given in the Accounts – in those days there were 12 pence to a shilling and 20 shillings (240 pence) in a pound. In the First Accounts, the pound symbol is given as l. after the figure, whereas in the New Accounts it was given as an L. before the figure. Doubtless in the Third Accounts the pound has the more usual  symbol of £. In order for the wages and prices to actually mean something to us today, the National Archives website provides a handy currency converter (as at 2005.) Thus we can see that in 1790, a pound was worth about £56 in 2005 money, while one shilling was worth £2.80. In 1840 one pound was worth £44.10; while shilling was worth £2.21. A paper showing the inflationary value of the pound from 1750-2001 might also be of interest. 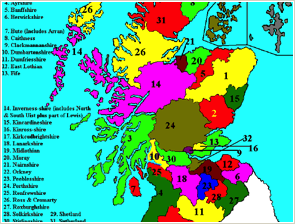 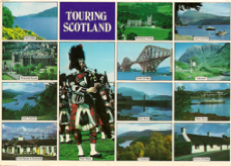 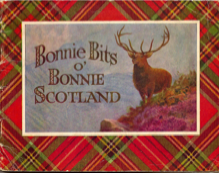