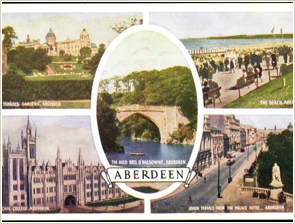 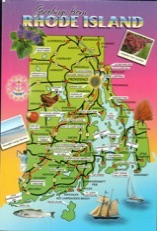 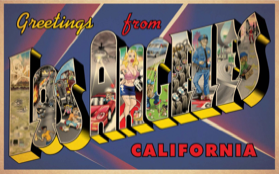 In the 1910 census for Chicago Ward 7, Cook County, Illinois, we find William Raitt, 50, granite carver in granite works, in the household of Charles Laing, 32, also a granite carver (from Aberdeen) and his family. Also there is Euphemia Raitt, 42, classed as lodger. She had been married 22 years and had three children all of whom were surviving at the date of the census. William appears to be given the status of brother to the head of the household, but comparing it to the next name, it is probably boarder - though why he should be a boarder and his wife a lodger is not stated - probably because he was a paying for the room! The record shows that apparently both William and Euphemia appear to have arrived in the US in 1880.

In the 1930 census for Berwyn, Cook, Illinois we find William Raitt, 70, retired; wife Euphemia, 63; in the household of their other daughter Jessie, 40 and her husband Angus MacDonald, 40, plumber, born Scotland; and their children Jessie, 17; and Angus, 14. In the census wife Jessie is said to have been born in Wisconsin, daughter Jessie in Canada and son Angus in Illinois. Presumably not long after this William and Euphemia moved to California to be with their son Arthur Taylor Raitt (see below).

William Raitt was born in Old Machar, Aberdeen on 5 March 1860, the eldest son of William Raitt and Jessie Napier. He emigrated to America in 1885 - though his immigration date is recorded as August 1880 in Boston on his naturalization papers. William Raitt, occupation stone cutter, aged 25, born about 1860, Scottish ethnicity, arrived in New York on 27 April 1885 from Liverpool on board the Aurania, having travelled via Queenstown, Ireland and Trieste, Fiume and Naples, Italy.

On 29 March 1888 in Cook County, Illinois [probably Chicago] William Raitt married Euphemia H. McDonald who was born in Aberdeen on 29 July 1866 (her mother’s maiden name was Gordon). He was 28 and she was 21. They must certainly have known each other already back in Aberdeen, because it looks clear that she came over specifically to join William and get married. She had arrived in New York a couple of days earlier - on 26 March 1888 from Liverpool, via Queenstown, aboard the Umbria. She was aged 21 and from Aberdeen - her occupation is unreadable. She died on 24 September 1940 in San Diego and is buried in Glendale, Los Angeles. William died on 28 September 1938 in Los Angeles, aged 78. The couple had three children: Jessie Gordon, born about 1889 presumably in Chicago, Cook County, Illinois (thoughg later census details give Wisconsin); Euphemia, born St Nicholas, Aberdeen on 2 February 1891; and Arthur Taylor born on 11 November 1896 in Westerly, Rhode Island (see below.)

Both William and Euphemia became naturalized US citizens on 19 March 1896 at the Supreme Court, Common Pleas Div., Washington [County] - their address at the time was Westerly, Washington County, Rhode Island. The document states that William had arrived in August 1880 in Boston - though I have not found the passenger list record for this.

William Raitt, a granite carver and cutter, imported Aberdeen granite to Chicago where it can still be seen in the old Marshall Fields, now Macy's and elsewhere in Chicago. He lost both legs above the knee when he waved workers out of danger from a falling block of granite which crushed his legs. This was probably in the late 1920s or very early 1930s and after the accident he was fitted with wooden legs.

In the previous version of this page I opined that I had not yet been ascertained who William Raitt’s parents were since his exact date of birth was not known. Only the year 1860 was provided on his petition for citizenship. Assuming that was correct I noted there were three William Raitts born within two years either side of 1860 living in Aberdeen (all in St Nicholas) in the 1861 census - born to James Raitt and Mary Paul; Peter Raitt and Helen King; and William Raitt and Jessie Napier. Happily I am able to report that further investigation has shown that his parents were the latter couple as noted above. Thus details of all his ancestors and relatives (including the other two couples mentioned) are provided on the Aberdeenshire Raitts page.

As noted earlier, William and Euphemia Raitt had a son, Arthur Taylor Raitt, born on 11 November 1896 in Westerly, Rhode Island. When Arthur was two years old his family returned to Aberdeen (and are found there in the 1901 census); though they returned to America - Chicago - when he was 16. On 3 June 1918 Arthur was drafted - his address being given as 6522 Rhodes Avenue, Chicago, Illinois, where he was living with his parents. He was aged 21 and an employee of Childs & Smith (a firm of architects). On his release from the Army, Arthur headed for California, where he spent the rest of his life - dying on 29 May 1971 in Riverside, Riverside County.

In the 1920 census for Los Angeles Assembly District 64, Arthur J. Raitt, age 23, working in the architecture profession, is a lodger.

Around 1925 or so, probably in Los Angeles, Arthur married Neysa Atherton who was born about 1898 in Virginia (as were both her parents) and they had two children: Arthur Richard, born 28 August 1928; and Jill, born 1 May 1931 - both in Los Angeles.

In 1930, Arthur T. Raitt, 33, born Rhode Island, a travelling salesman in building materials, is living in Los Angeles with wife Genevive A., 32, born Virginia; and son Arthur R., 7 months, born California. The family was in the same place in 1935. It is not clear why Arthur’s wife is here named Genevieve - the initial A. might signify her surname of Atherton or it may be another first name - possibly Agnes, a diminutive of which is Neysa. In the 1900 census for Piankatank, Mathews, Virginia we find an Agnes E. Callis, aged 2, born Virginia, listed as the adopted daughter of Aaron Atherton, oysterman. Most of those families listed are oystermen, and there are several other families called Callis there. In the 1910 census for Piankatank, her name is now Agnes Atherton, aged 12, still the adopted daughter of Aaron Atherton.

Directories for 1951 and 1954 show that Arthur Raitt and wife Neysa had moved to Santa Monica.

She was a passenger aboard the Liberte departing 19 June 1952 from Southampton, England bound for New York. She was a student aged 21 with her last address in England being given as 212 Hammersmith Road, London. 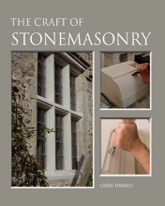 William Raitt and particularly his wife Euphemia travelled back to Scotland several times.

Euphemia Raitt, aged 30, arrived in New York from Liverpool on 30 April 1891 with daughters Jessie, 2 and Euphemia, infant, aboard the Teutonic, having departed on 22 April. Their destination was given as Minneapolis.

On 19 Mar 1896, aged 36, William Raitt applied for naturalization in Rhode Island. His address at the time was Westerly, Washington County, Rhode Island. The papers stated that he had emigrated and arrived in Boston in August 1880.

On 17 September 1898 Euphemia Raitt, age 30, matron, arrived in Liverpool from New York aboard the Etruria with daughters Jessie, 9, and Euphemia, 7. Also onboard was Arthur Raitt, infant aged 11 months - though he is not listed with his mother and sisters!

William Raitt arrived again in New York on 28 September 1907 from Liverpool aboard the Baltic. He was aged 40, occupation cutter, married, US citizen. His last permanent residence was given as Aberdeen, Scotland and his destination was Whittey (i.e. presumably Westerly), Rhode Island. He had left Liverpool on 19 September 1907 - the record is more precise in that his occupation was given as granite cutter.

On 18 May 1912, Euphemia Raitt, 46, housewife, left Glasgow for Montreal aboard the Cassandra. She was accompanied by her daughter Euphemia, 21, dressmaker; and son Arthur J., age 15, scholar. Interestingly Canada was ticked as the intended place of future permanent residence, although another document shows they were in transit to the USA. They crossed the border from Canada to the United States on 28 May. As her nearest relative in the country she had just come from, Euphemia gave her brother-in-law William Philip, 36 Carden Place, Aberdeen. The two children gave the same person as their uncle-in-law. The next person on the manifest list as Jessie Philip, 42, housewife, from Aberdeen and she gave was her nearest relative William Philip, husband! So Jessie was Euphemia's younger sister. Euphemia and her family had the destination Chicago, though Jessie was going to Barre, Vermont.

Euphemia Raitt, 61, housewife, travelled from Montreal to Liverpool on the Melita and arrived on 10 June 1928 - her destination was 36 Carden Place Aberdeen.

Euphemia Raitt, 61, married, sailing 3rd class from Glasgow on 21 September 1928 arrived in Quebec on 29 September aboard the Minnedosa. The manifest stated that her naturalization papers were issued by the Supreme Court, Westerly R. I., Washington County on 19 {March] 1896. Her address in the United States was 7040 Calumet Avenue, Chicago.