Alexander Raitt (1799-1846) was the second son of Alexander Raitt (1768-) and Susan Millar (1775-) who married in May 1796 in St Vigeans. He is the elder brother of my great great grandfather, John Raitt, and like him was also a master mariner. He married Mary Stormont (1801-1886) in Arbroath on 21 January 1826. Mary’s father James was a seaman in the Royal Navy and her brother James was a master mariner and later the harbour master at Arbroath. Her brother William married Janet Dorward, whose mother was Elizabeth Doig. Mary (and William) Stormont’s line has been traced back to James Stormont of Lednathie, Angus prior to 1670. Janet Dorward’s father, Thomas, was the brother of John Dorward who was initially assumed to be the father of Elizabeth Dorward - but I am not sure of this and so have not added it here. I am working on this and may anyway likely add the other Dorward tree. I haven’t quite worked out yet who Thomas’s wife, Elizabeth Doig, was and whether she is related to the other Doigs in the family.

Alexander and Mary had five children, of which the firstborn (John D. Raitt, born 5 Nov 1826) died of fever aged four months. Their second son, James (18 Feb 1828-14 April 1907) was a boot and shoemaker. Little is known of daughter Susan (born 8 June 1830) - she is in the 1841 census, but not in later ones - and neither her birth, marriage nor death extract is to be found. Son Alexander (30 June 1833-3 July 1869), like others in his family, was also a master mariner and commanded a number of vessels before his death in Elsinore, Denmark aged 36. Mary Ann (30 Dec 1837-21 Feb 1888) lived at home with her mother and brother and was a spinner in a flax mill in Arbroath. None of the children appears to have married.

Alexander was laid before Alexander Meikison's stone (alongside a John Raitt (1760-1846) and a James Stormont - James could be possibly either the father- or brother-in-law of Alexander.)

Although Alexander Raitt was a master mariner, the details I have found are sparse. He had been issued register ticket 175,072 at Arbroath on 21 January 1845 in capacity of Mate, though he had first been to sea in 1812 as an Apprentice. The ticket notes he was born at Arbroath on 9 November 1799, had brown hair, blue eyes, was of ruddy complexion and was 5 ft 11 and one half inches tall. He had not served in the Royal Navy nor been in Foreign Service. 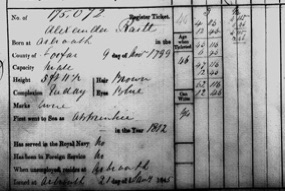 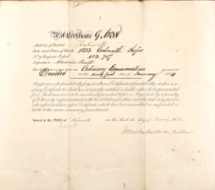 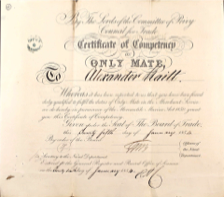 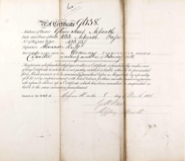 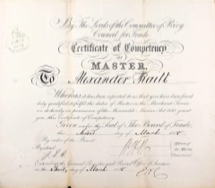 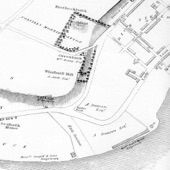 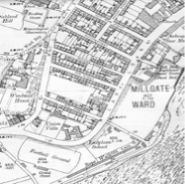 Both Alexander Snr and Jnr and family are to be found in the censuses.

1861 Census for 44 Glover St, Arbroath Lady Loan living in one room with one or more windows, has Mary Raitt, head, aged 60, widow of merchant seaman; son James, 33, shoemaker journeyman; daughter Mary Ann, 22, flax dresser mill spinner - all born Arbroath. Alexander was probably away at sea and he does not appear to have married.

1891 census for 32, Glover St, Arbroath, has James Rait, 63, unmarried, shoemaker, born Arbroath. living in one room with one or more windows.

1901 census for 32 Glover St, Arbroath, has James Raitt, 72, unmarried, living on own means in one room with one or more windows, born Arbroath.

The tree below shows Alexander Raitt and Mary Stormont’s family. Following that is the tree for the ancestors of Mary Stormont.

In Lloyds Register of Shipping for 1861, Alexander was master of the 99 ton schooner, Puck, built in Arbroath in 1860 and owned by Halls & Co., Dundee. The vessel was involved in Arbroath coastal trade and working aboard as ship's boy was Alexander's nephew David Dorward Raitt.

In 1862 Alexander was master of the 89 ton schooner Isabella, built in Arbroath in 1860 and owned by J. Smith, belonging to the port of Arbroath and sailing as a coaster.

Alexander later served as the master (from at least 1866) of the Favourite - a schooner, 77 tons, built Aberdeen in 1844, owned by J. Raitt and belonging to Arbroath. The Arbroath coaster  and was involved in the Baltic trade like his relatives. According to consular records he died at Elsinore, Denmark on 3 July 1869. The onset of his death was reported in the Dundee Courier for 29 June 1869:

“The schooner Favourite, Captain Raitt, of Arbroath, from Stornoway for St Petersburg, reached Elsinore yesterday and landed the master, in consequence of severe illness. Intelligence having been received by telegraph during the forenoon, the owner, appointed Captain Anderson of this port to take command, and for this purpose he left during the afternoon.”

Under the headline Death of Captain Raitt of the Favourite, the same newspaper on 6 July 1869 gave the following news:

“We regret to learn that Captain Raitt, whose illness we reported the other day, died at Elsinore on Sunday. He had been in delicate health for some time previous. He had commanded the Favourite for some years, and was previously in command of one of Mr Smith’s schooners.”

Alexander had appended a list of testimonials and statement of service from first going to sea. The list included the following ships – all belonging to the port of Arbroath:

Adah – rank given as Apprentice - from 20 March 1850 – 13 March 1853 (i.e. 4 years for these first two tours). The Adah was a brigantine of 147 tons, built in Dundee in 1827, owned and captained by Alexander's uncle James Stormont. Belonging to Arbroath the ship was involved in Dundee - Baltic trade.

This gave a total time served at sea of 8 years 3 months 29 days – for which he had no certificates.

Details about the merchant service record of Alexander's brother John Raitt and nephews James Dorward Raitt and David Dorward Raitt will be found on their pages. Alexander's son, also Alexander, was similarly a master mariner and the ships he sailed on and some fascinating details about his service are outlined below. Information about other Arbroath mariners (including Alexander Snr’s brother-in-law, Alexander Croal and nephew Robert Stormont) can be found on a separate page, as can details of the examination requirements they had to undertake to achieve competency as well as an overview of what it meant to be a Master Mariner.

Alexander Raitt’s register ticket 423,757 had been issued at Arbroath on 13 March 1849 – the same day he first went to sea on the Jean. The ticket notes he was born at Arbroath on 31 April 1833, had brown hair, blue eyes, was of fair complexion and was 5 ft tall (at not quite 16 years old). His Certificate of Competency as Only Mate was given under the seal of the Board of Trade on 25 January 1854. He had passed a Ordinary Examination in Dundee on 21 January. The certificate, number 9,638, showed his address as simply Arbroath and his date and place of birth as 1833, Arbroath, Forfar. He number of his register ticket was 423,757. The certificate was issued at the port of Arbroath on 30 January 1854. Subsequently, his Certificate of Competency as Master was given under the seal of the Board of Trade on 2 March 1858. He had passed the Ordinary Examination at Dundee on 27 February and the certificate was duly issued at he port of Arbroath on 8 March 1858 with the same number and ticket. This time he gave his address as Glover Street, Arbroath. In his application to be examined as Master for foreign going ships, for which he paid the fee of £2 to the local marine board at Dundee, he had again given his address simply as Glover Street and said that he was born on 30 April 1833 in Arbroath. He gave the number of his previous certificates as 9,638 and requested that his new certificate be transmitted to Arbroath. He signed and dated his application on 26 March 1858 and it was duly transmitted by the examiners to the Registrar-General of Seamen on 1 March 1858, endorsed Passed as Master.