Features and places named after Raitts

Quite apart from settlements called Rait or Raitts (see Raitt locations) - including Rait village (or town) located in Shahpur Tehsil of Kangra district in Himachal Pradesh, India - individual Raitts have lent their name to a number of places and features. In California we have South (and North) Raitt Street in Santa Ana (also Raitt-McFadden), Raitt Recital Hall in Malibu, and Raitt Court in Folsom. Somewhere in the middle of nowhere (actually, Stawell) in Victoria, Australia there is Raitt Road; and there is a Raitt Grove in Mernda, Victoria. In Naramata, British Columbia, Canada, there is also a Raitt Road. In Scotland we find Rait Gardens in Nairn. Sometimes we know for whom the location is most likely named - for instance, probably Broadway musical star John Raitt in California; Rait Gardens is possibly  named for the nearby lands of Rait, its Castle and perhaps even its family; but for others we don’t (yet!)

On the other hand, it’s not everyday that surface features (well, two are actually underwater) are named after members of the Raitt family. There is Raitt’s Hill in Eliot, York County, Maine which is named after one of the early residents of the settlement at Kittery (see Maine Raitts). Rait Narrows are to be found in British Columbia And there are two features named for geophysicist Dr Russell Watson Raitt (1907-1995). Russell was a major figure in the development and shipboard employment of seismic methods to study the Earth’s crust and between 1949 and 1985 he undertook extensive and classic studies in the Indian Ocean as well as the entire Pacific. Raitt Seamount in the North Pacific Ocean is named for him, as is Raitt Rise in the Indian Ocean. (He is descended from the Bovina Raitts who emigrated from Angus in 1817.)

Then there is Raitt Hall in Seattle. This is named after Effie Isobel Raitt. She was the Chairman of the Committee on Household Management as part of President Hoover's Conference on Home Building and Home Ownership. At the time Effie I. Raitt was Head of the Department of Home Economics at the University of Washington in Seattle. The report of her committee was published in Household Management and Kitchens: Planning Household Activities Equipment of Work Areas in 1932. Effie, born in Patterson, Iowa on 13 June 1878 to George Patterson Raitt (of Bovina, New York) and Jennette (Janet) McFadden, died on 4 December 1945 in Seattle.

John William Raitt, a Norfolk & Western Railway engineer, is honoured in the name of Raitt, Buchanan, Central Virginia. Neither a landmark nor some kind of community, in fact, the name refers to a tunnel. Raitt Tunnel was part of an expansion by the Norfolk & Western into the coal fields of Buchanan County, VA. It is over 3,700 feet long and was completed in 1931 and lies between Big Rock and Hurley. John, born in Illinois in 1880 to Nathan E. Raitt and Mary Hall (see Maryland Raitts), was indicted as a member of the American Society of Civil Engineers on 19 May 1924. He was the Assistant Engineer on the Pocahontas Divisions of the Norfolk and Western Railroad and was involved in the construction of Big Sandy and Cumberland Railroad. John died in 1930 before the completion of Raitt tunnel in 1931.

In fact, in the Nairnshire Ordnance Survey Name Books, dated 1869, we have, of course, Rait Castle - described as an ancient Castle situated about 3/4 mile East of Geddes House. What period this Castle was erected is not known, but it is believed to have been built by Rait of that ilk and was for some time the residence of one of the Cummings and appears to have been a place of great ’strength’. The remains consists of the South, East and West walls about 50 feet high. Property of the Earl of Cawdor.

Besides the ruined Rait Castle, we also find the name of Raitcastle, described as a farm steading and dwelling house, one storey high, partly slated and partly thatch and in good repair. Property of the Earl of Cawdor.

Also in the Parish of Cawdor in Nairn, we find the name Raitknock, situated in the extreme North East of the parish of Cawdor, described as a small farmstanding dwelling house and offices one storey high - [the] former slated, [the] latter thatch. Property of the Earl of Cawdor, Cawdor by Nairn.

There is another Raitknock in the parish of Cawdor Detached, situated in the extreme South West. The name applies to three cottages, 1 storey high, thatched and in good repair. Property of the Earl of Cawdor.

In the extreme South East of the parish of Cawdor Detached, we find Raitloan - a farm steading and dwelling house, one storey high, slated and in good repair. Property of the Earl of Cawdor.

These places are almost certainly named after Rait of that ilk (Gervaise?) or at the very least, his Castle. 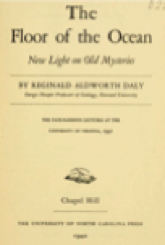 I shall add here other Raitt named features as I come across them!