Robert was born in early 1906 and at the time of his marriage to Helen at age 21 he was a Fusilier in the 1st Battalion of the Northumberland Fusiliers. He died in Newcastle upon Tyne in June 1984, shortly after his wife. Robert’s parents were Henry Francis Guest and Rebecca Dunn who married in September 1902 in Gateshead, Northumberland. They appear to have had six children between 1903-1916.

The English BMD records are not as accessible as the Scottish ones and I have had some difficulty in pinning the family down - including in the 1911 census. The census taken at the outbreak of the 2nd World War shows that Helen Guest, born 20 March 1905, was married doing unpaid domestic duties and living at 5 Nutley Place, Newcastle on Tyne. There are four other people mentioned at that address - presumably her four children - but their details are currently closed and not accessible. 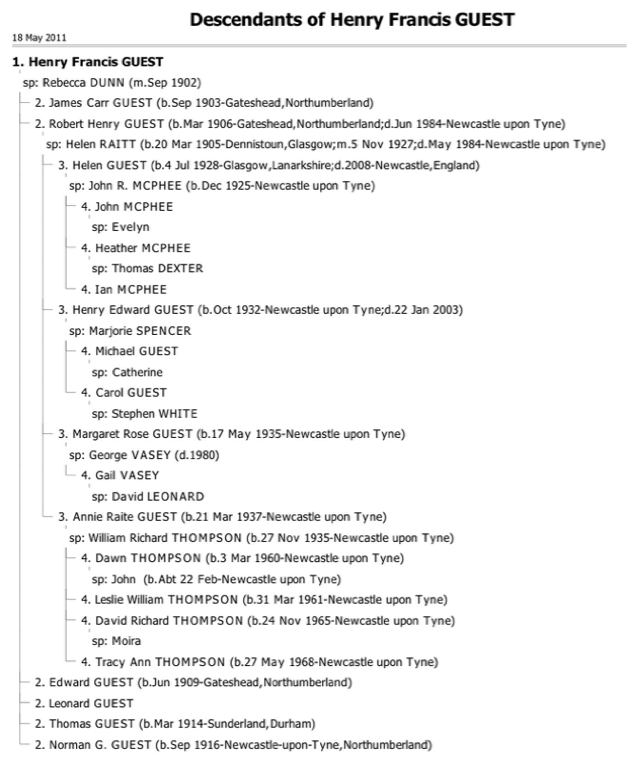