Many of us will have written articles for scholarly journals, papers for conference proceedings, editorials, reports, books and other published documents – though we are probably not quite as well known in literary circles as Sir Robert Sangster Rait, Historiographer Royal of Scotland!  However, after I had created the page for the Manitoba Raitts (who originated in Scotland) the great granddaughter of Charles Raitt (1860-1940) sent me some poems that he had written (some as early as 1898). Since my own father, David Raitt (1915-2000), had written some poems, as well as short stories, during his war years and later and since I myself, David Ian Raitt (1944-), had also dabbled, particularly between 1965-1975 or so, as has my brother Stephen Andrew Raitt (1950-), then I thought I would create a page giving the fruits of our artistic endeavours. Since then I have also come across a couple of stories by young Ethel Marian Raitt, a distant cousin of mine from Nebraska. I have tried to put the offerings in some semblance of date order where it is possible. If there is some more Raitt poetry or short stories around, then I will be happy to consider adding to the collection! And given that Bob Dylan has just won the 2016 Nobel Prize for Literature (though critics are saying that lyrics are not poetry!), then perhaps I should also include a couple of the songs written by Bonnie Raitt!

In fact, because all the poems on one page would have made it unnecessarily long, I have decided to create separate pages - one for each person, namely:

The grandson of James Dorward Raitt, Robert B. Baldwin, wrote a poem entitled the Wreck of the Rosebud in tribute to his grandfather who was Captain of the unfortunate vessel.

I should perhaps also mention another poet in the family so to speak, though not a Raitt. One of the ancestors of my maternal grandmother's son was Thomas Ormond and he was quite a well-known poet. More about him can be found on the Ormonde family tree page. 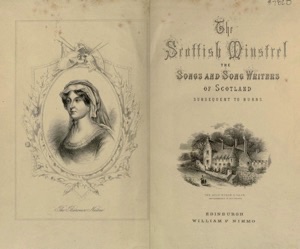