Let me say at the outset that all this DNA and genetics stuff is new to me and the science is evolving apace. Although there is a wealth of information in books and on the web covering DNA, much of this background is largely taken (with permission) from the Oxford Ancestor’s website and the documentation accompanying my DNA analysis by that company. But see also the explanation from MyHeritage regarding receiving DNA from ancestors on my Ancestry DNA page.

A person’s maternal ancestry is traced by mitochondrial DNA (mtDNA). Both men and women possess mtDNA, but only women pass it on to their children. We thus inherit our mtDNAs from our mothers, but not from our fathers. This also means that a mother’s DNA can be passed on to her daughters who can in turn pass it on to their daughters and so on. So, my mother inherited her DNA from her mother, who inherited it from hers, and so on back through time. Therefore, mtDNA traces an unbroken maternal line back through time for generation upon generation far further back than any written record.

Research at Oxford University and elsewhere over many years has shown that all of our maternal lines are connected at some time in the past and that these connections can be traced by reading mtDNA. One striking finding was that people tended to cluster into a small number of groups, which could be defined by the precise sequence of their mtDNA. In native Europeans, for example, there were seven such groups or clans, among Native Americans there were four, among Japanese people there were nine, and so on. Each of these groups can be traced back to just one woman, the common maternal ancestor of everyone in her group, or clan. And it is these groups that Brian Sykes explains in his book The Seven Daughters of Eve.

All DNA sequences consist of a long series of four different letters: A, C, G, and T. These letters are shorthand for the four different chemicals that are strung together to make the long chain we know as DNA. The exact order in which these letters occur is a code that tells our cells how to divide, how to grow into a human and how to perform the many different tasks required of them.

Oxford Ancestors read a section of my mtDNA, about 400 base pairs long, and compared its precise sequence to the many thousands of others from all over the world that they had in their database. This gave me an exact readout of my mtDNA sequence, and also to which of the clans I belonged, and from which ancestral (or clan) mother I am descended. For many of the ancestral mothers (about 36 world-wide), it is now known whereabouts they lived and how many ten of thousands of years ago. Since DNA changes very slowly over time, how long ago the clan mothers lived can be calculated and by studying features of the geographical distribution of their present-day descendants, it can be worked out where they lived as well. To emphasize that they were real individuals, Sykes and Oxford Ancestors gave them all names and used archaeological and other evidence to reconstruct their imagined lives. Please also refer to my more recent mtDNA results analyzed by BritainsDNA.

Everyone in the same clan is a direct maternal descendant of one of these ancestral or clan mothers and carries her DNA within every cell of their body. However, not everyone in the same clan has exactly the same mtDNA, because DNA changes gradually over the generations. From my precise DNA result, it is possible to assign me a place within the genealogy of the clan.

Of course, the clan mothers were not the only people alive at the time, but they are the only ones to have direct maternal descendants living right through to the present day. The other women around, or their descendants, either had no children at all or had only sons, who could not pass on their mtDNA. And, of course, the clan mothers had ancestors themselves whose genealogies have also been discovered. They show how everyone alive on the planet today can trace their maternal ancestry back to just one woman. By all accounts, she lived in Africa about 150,000–200,000 years ago and is known as “Mitochondrial Eve”.

Scientific research throughout the world has shown that all our paternal lines are connected somewhere in the past and that these connections can be traced by reading the yDNA. As with maternal genealogies defined by mtDNA, men tend to cluster into a small number of groups, 18 in total, which can be defined by the genetic fingerprints of their yDNA. In native Europeans, for example, there are five such groups, among Native Americans there are four, among Japanese people there are five, and so on. The men within each of these groups are all ultimately descended from just one man, their clan father. Obviously, these ancestral clan fathers were not the only men around at the time, but they were the only ones to have direct male descendants living today. The other men around, or their descendants, had either no children at all or only daughters. These clan fathers also had male ancestral lines and these ultimately converge on the common paternal ancestor of every man alive today. This man, know as “Y-Chromosome Adam”, lived in Africa some 60–80,000 years ago.

By comparing the Y-chromosome fingerprint to thousands of others in their  database, obtained from throughout the world, Oxford Ancestors are able, in most cases, to deduce a person’s paternal clan and the ancient ancestral father. They are also able to provide some information as to when and where he lived. Since the genetic elements of a signature also change over the generations, by comparing a genetic signature with those of others it is possible to tell, on the balance of probability, how closely people are related. Furthermore, in many countries, surnames are also passed down from father to son, just like the Y-chromosome. This means that people can use their Y-Clan results to investigate whether other men with the same surname share a genetic connection. Please also refer to my recent deeper YDNA results analyzed by BritainsDNA.

The Y chromosome contains two types of ancestral markers. Short Tandem Repeats (STRs) trace recent ancestry. The second type of ancestral marker, SNPs, document ancient ancestry. SNPs are small "mistakes" that occur in DNA and are passed on to future generations. Such SNP mutations are rare and happen at a rate of approximately one mutation every few hundred generations. When an SNP occurs it marks a branch in the y-chromosome phylogenetic tree. These branch points are known as haplogroups or clades. The tree has twenty main branches which are classified by the letters A through T, and each branch has many further sub-branches called subclades.

A collaborative group of population geneticists from major academic research labs has tested samples for all known SNPs and published an inclusive tree of the major haplogroups and their subclades. Additional revisions incorporating newly discovered SNPs and correcting the placement of those already on the tree take place several times each year. 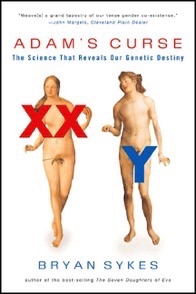 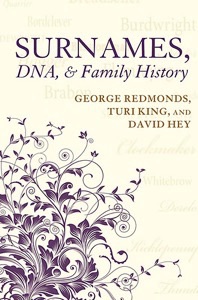 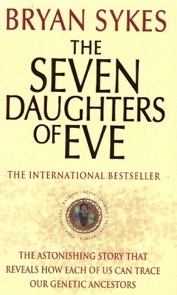